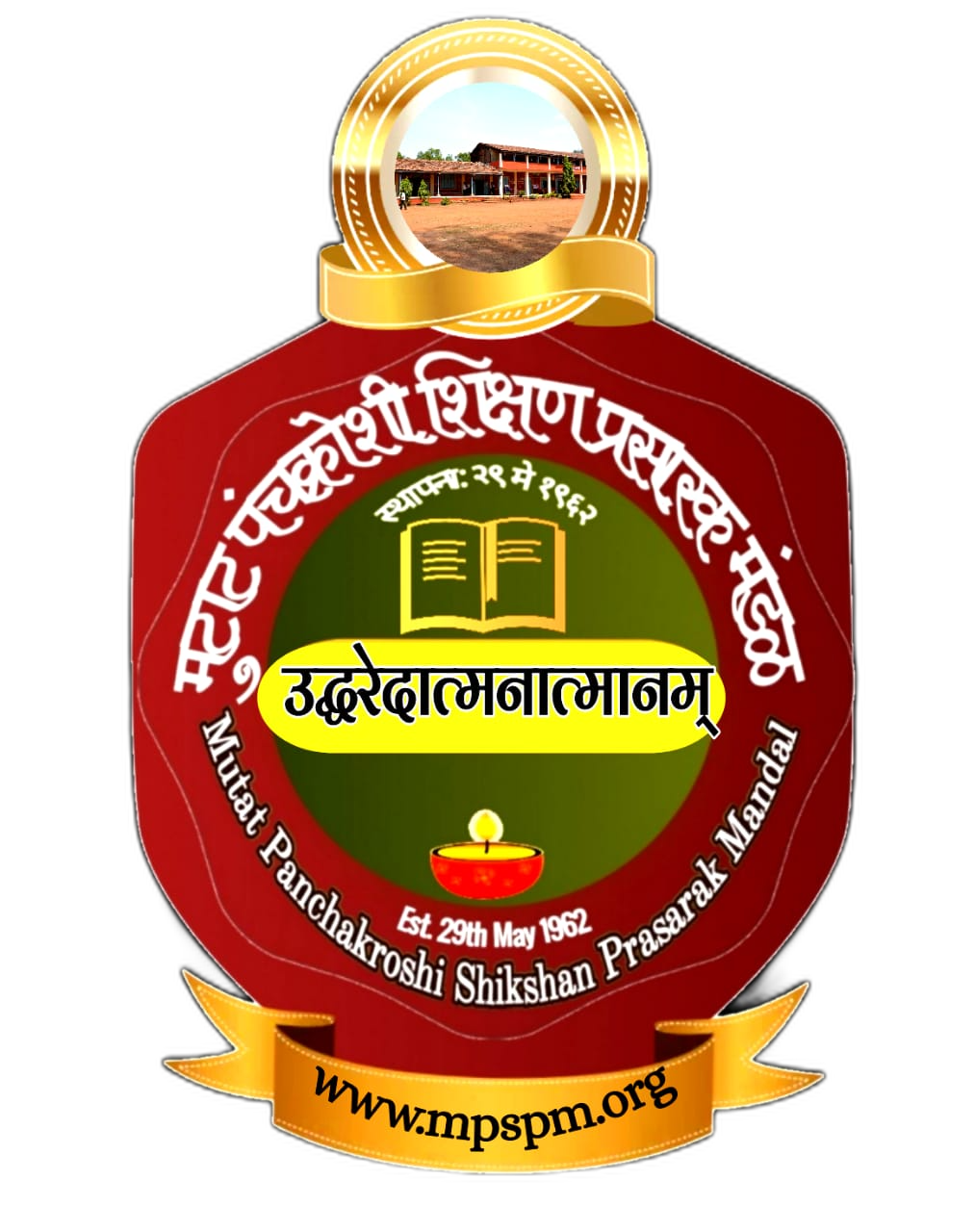 Golden Trust, dedicated for providing Quality Education for the entire Mutat & Surrounding Territory has  celebrated it’s Diamond Jubilee year from May 29,2021 to May 28, 2022.

We at Mutat Panchkroshi Shikshan Prasarak Mandal, are sincerely striving hard to provide secondary school educational facilities to poor and underprivileged students from Mutat and surrounding villages situated in the economically backward area of Taluka- Deogad, Dist.Sindhudurg of Konkan strip of Maharashtra since 1962.

Mutat Panchkroshi Shikshan Prasarak Mandal was established under the leadership of Late Dr.S.R.Lele (Founder of Borosil Glass Works Ltd.) in association with a few respectable Mutatkars in the year 1962 with the main object of providing secondary school educational facilities to the students from village Mutat and surrounding villages.

The High school was established in 1962 initially named – Mutat Vidyamandir Mutat, was lateron renamed as – Dr. Shridhar Raghunath Lele High School. The strength of students has increased from 29 students in 1962, to over 640 students in 2012-13 studying in 5 th to 10 th standards. A beautiful school building was constructed in the year 1965. It was extended in the year 1985 to accommodate increasing number of students. A branch of Dr.S.R.Lele High School has been established with government’s approval at village Manche in the year 1985 to grant relief to VIIIth to Xth standard students of village Manche and adjoining villages.

The High School has excellent track record of S.S.C. result of 50% to 95% which is a good achievement considering the various odds and limitations in this rural area. Our students appear for various competitive examinations, participate in sports competitions and cultural events on district, state and national level with excellent success records.

Mandal has constructed a new school building at Manche in the year 2005-06, named as ‘Bhausaheb Kale Bhagshala, Manche’ with the help of generous donations received from generous donors, villagers and organizations.

We have just completed the construction of a new building consisting eight class rooms for accommodating increasing number of students of Dr.S.R.Lele High School and also to accommodate students of Junior College, commenced/started from academic year 2013-14 on self financing basis. The construction cost of the new building (Rs.30 lakhs) was met by generous donations.

Mandal now need to raise funds to meet all expenses of Junior College ( run on self finance basis) and for fulfillment of prime developmental objectives. Our volunteers and members have extended their might to contribute for this noble cause. However in view of the large fund requirement Mandal has to launch special fund drive with some schemes and proposals for our generous donors. Donations contributed are eligible for Income Tax rebate Under Section 80 G of Income Tax Act 1961.

The High school established in 1962 initially named – Mutat Vidyamandir Mutat, later-on renamed as – Dr. Shridhar Raghunath Lele High School, has made commendable academic progress. Our qualified and experienced teaching and non- teaching staff dedicated for overall academic progress and personality development of the students of the institutions run by the Mandal.

Educational campus at Mutat is spread over 2 acare and 28 gunths with beautiful school and collage buildings with Happus Mango plantation, paddy farms all around, surrounded by green hills and Vijaydurg river towards West.

High School building at Manache is built on plot admeasuring 16 gunths (over 16,000 sq.fts) with beautiful green hills around and Vijaydurg river towards North-West.

Mutat Panchkroshi Shikshan Prasarak Mandal treats all its students with equality and teaches them value of a successful life in addition to classroom teaching. We believe in creating a friendly environment among teachers and students. Special attention is given to build healthy relationship between parents, students and teachers.

We focus on creating awareness and confidence in students so as to face all challenges in the life and shine successfully on the global fronts.

To give equal opportunities to all students.

To teach students to be independent, confident, warm and caring individuals